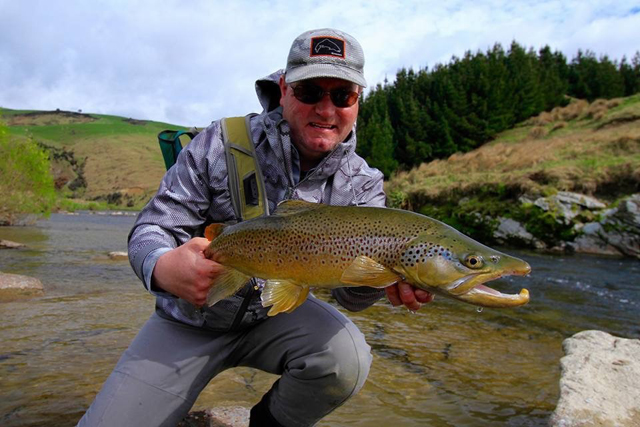 So I’ve received a number of messages this week as to how I fish Mr Glister streamers. Do I just swing it, do I strip it? Well, it all depends on the water etc and how the fish are reacting.

In larger, deeper pools I will often fish them slow and deep across and down, letting it swing under control across the current. While the fly sports plenty of movement from the rabbit strip wing, it can also be stripped in long pulls. If pulling fish from cut banks / cover etc I will land the fly a metre or so from the shelter, then strip very fast as if imitating prey trying to escape. Watch for fish chasing and be careful not to strip it all the way to the rod tip: the fish will usually see you and pull away. A handy tactic to avoid this is to simply stop the retrieve as the fish charges it down. Suddenly they find themselves upon their prey and only have two choices - yes or no. 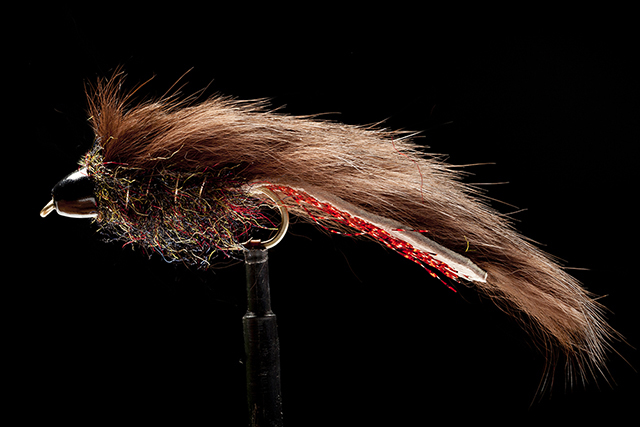 In general runs / river scenarios my usual method is to pitch the fly upstream alongside of, or well ahead of the most likely water and strip the streamer straight back down: big trout are both predatory and territorial. If a smaller fish / your fly is swung away then it isn’t much of a threat as it’s leaving the trout’s territory. If they’re not hungry, they don’t have to move on your fly. However if your streamer is moving downstream, straight towards the fish and his territory, then it is a threat, and this can trigger an ultra-aggressive response

One tip that will often convert missed chances is what you do immediately following a chase down, or when a fish hits your streamer but doesn’t hook up...

Get it straight back in there, fast! The fish is still aggressive, pumped, looking for a fight so if you can get your shit together in those valuable few seconds after the miss, drop your fly just past him and strip into it again, the fish will more often than not hit it a second time. 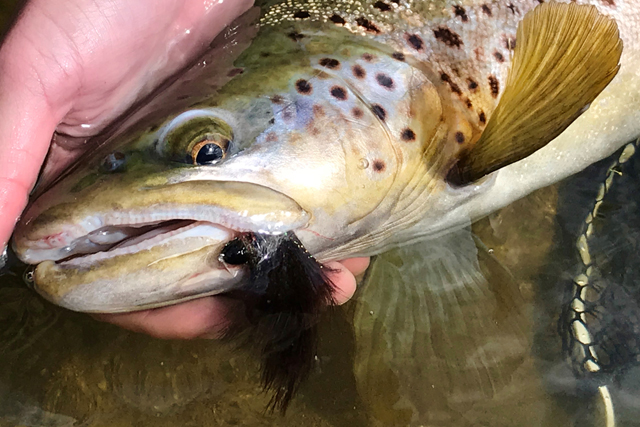 1: remember, in clear water the fish will see your streamer from some distance. If you don’t land your fly where intended, fish it out anyway. If the fish are spooky it’s better to land your fly further away... they’ll still see it!

2: in dirty water, the splash down and movement of the materials / stripping of the fly will still get noticed. Fish even closer to cover.

3: Don’t switch off and fish totally blind: imagine what’s down there, fish to structure and visualise your fly working through the water... oh, and if you see a fish, cast today him... sight fishing with streamers can be super productive too!

We all have those days where the fish aren’t out or are just not playing ball. Having a Mr Glister or similar streamer in your kit, and an awareness of how to present it can change your day around... there’s more to it than ‘chuck and chance’.

All content, text and images are copyright and the property of Chris Dore and cannot be used in any way, shape or form without prior written permission from Chris Dore. Don't be a dick. Write your own stuff. 2019. Privacy