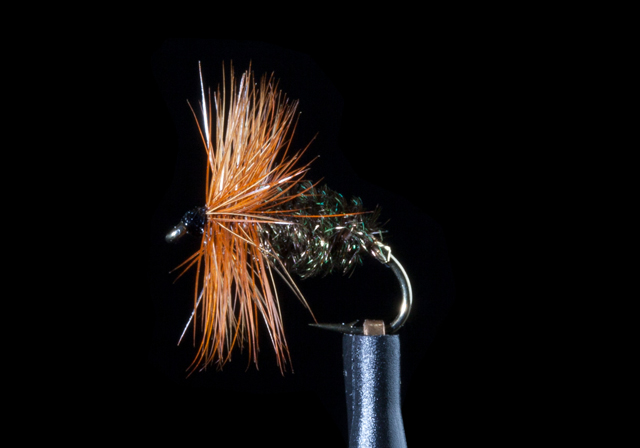 The Cochybondhu is a quintessential terrestrial pattern, subtle in the film but super enticing to trout. For all the newbies, the Cochy was the Kiwi anglers Blowfly, before the Blowfly, often our first up searching pattern.

The Cochy was responsible for my first ever hookup on the fly many moons ago, as I expertly worked my size 14 across the current like a skating caddis, while looking down and untangling the line at my feet.

A lot of water has flowed since then, however the effectiveness of the Cochybondhu hasn't waned, despite more modern patterns becoming common place in many anglers boxes.

The Manic version sports a lighter hackle to the original to better aid visibility, and iridescence and reflective qualities of the peacock herl body always catch the eye.

Pop one along the grassy banks, info a foam line, or through a high country run at anytime of the year.

The Cochy is a great fly to throw to finicky fish, landing softer and creating a more subtle imprint in the film than your modern foam, or deer hair patterns. Try clipping the underside of the hackle flat for super spooky pools.