Whilst things have been quiet upriver here in the Southern Lakes the rivermouths have certainly been fishing well. Getting deep as predicted has been the key, with Hi Density lines, bright lures and egg patterns (emerging trout, for you purists) doing the biz. 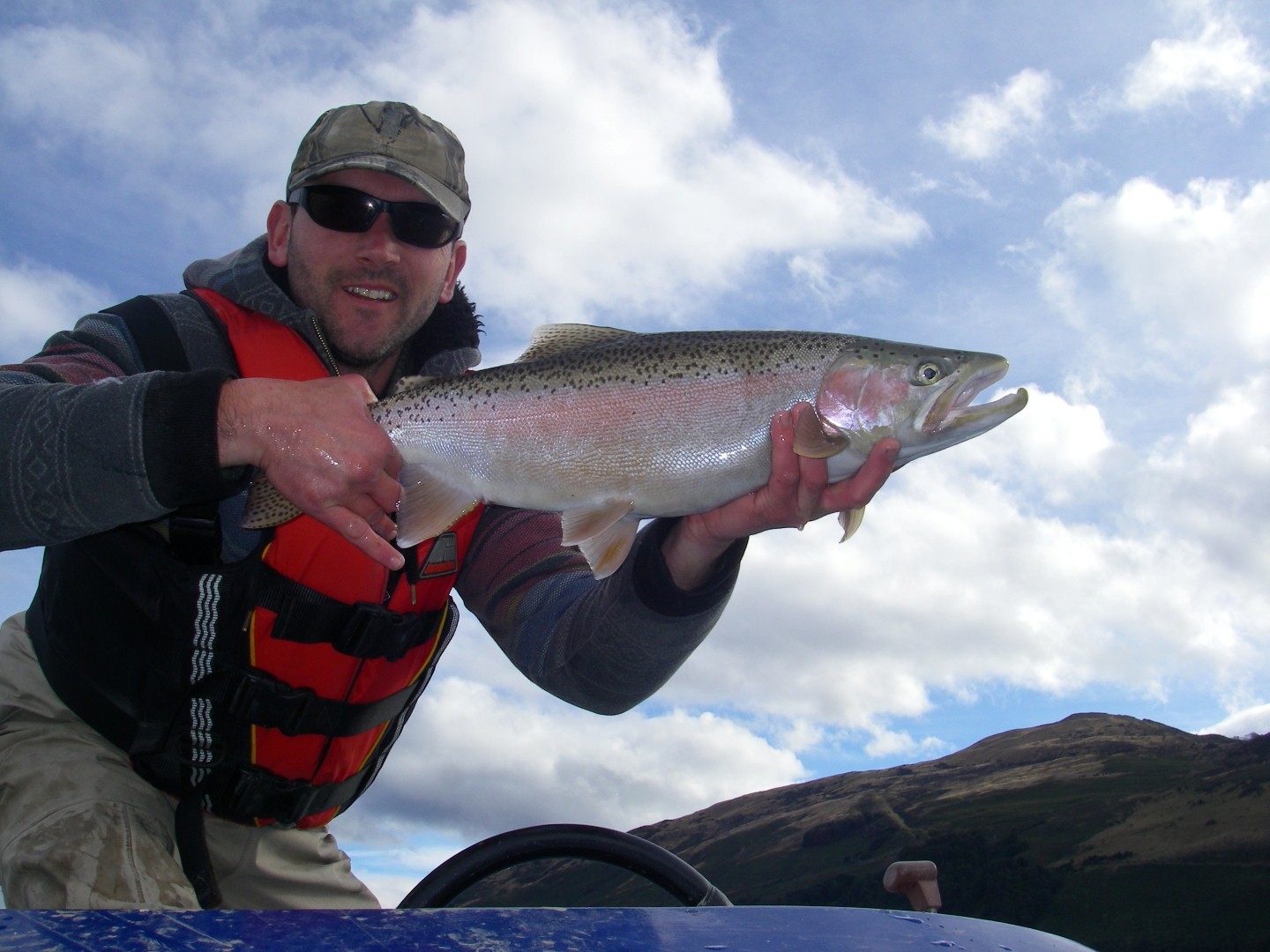 Unfortunatly I myself have not been on the water as much as I would have liked, spending much of my time off in the hills, or treating the wife: accruing brownie points for the upcoming season. However my buddy Ronan has been hitting it well across central otago every chance he gets,as his photos here will attest. 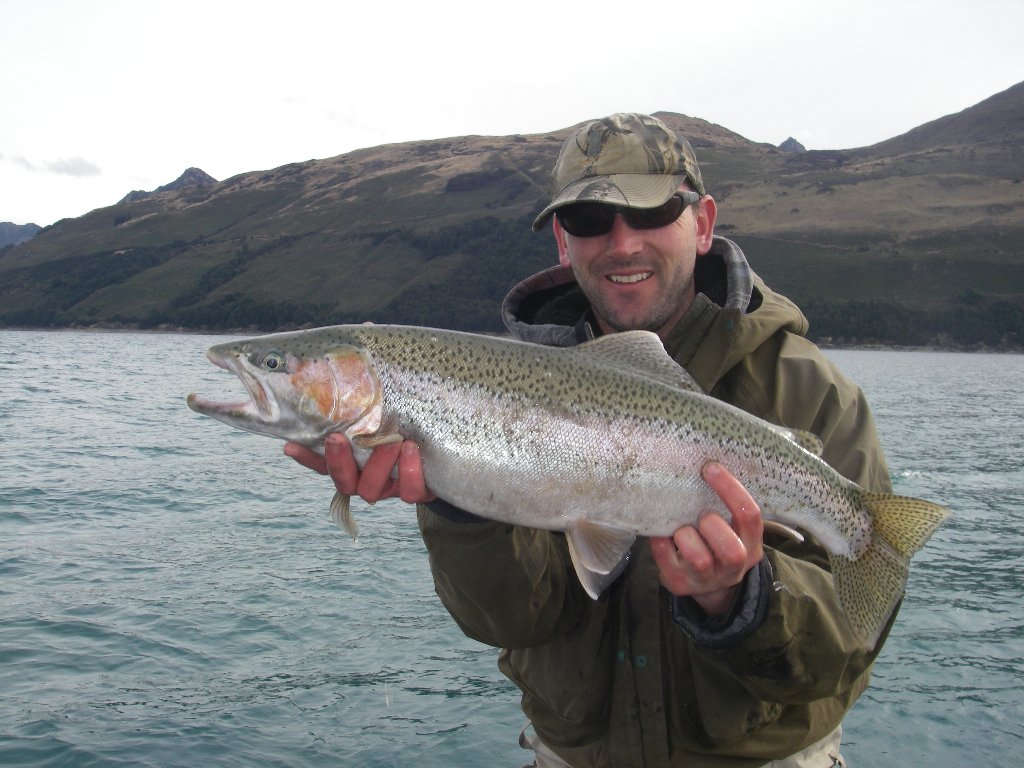 Looking forward to September and for me it will be searuns in the tidal zones of our coastal rivers. The whitebait run here is the key. Not only will this abundant bonanza of trout fodder draw the intest of our estury dwellers, and those  fish which migrate downstream to meet them, but the large hens returning from their upstream spawn, keen to pack on weight following winter shenanigans.

Im a big fan of the couple of hours prior to low tide and the few hours following, as the channels are easier covered and the trout somewhat concerntrated. As the tide seeps in the whitebait follow, and the angler on the spot can enjoy fine sport indeed.

Any whitebait / smelt pattern will work - personally I favour the good old grey ghost or a silver woolly buggar myself, the trick is to get it out there and keeping it out there where the fish are. (I will let you work out the benefits of keeping a few blue lamprey patterns on hand at this time of year) 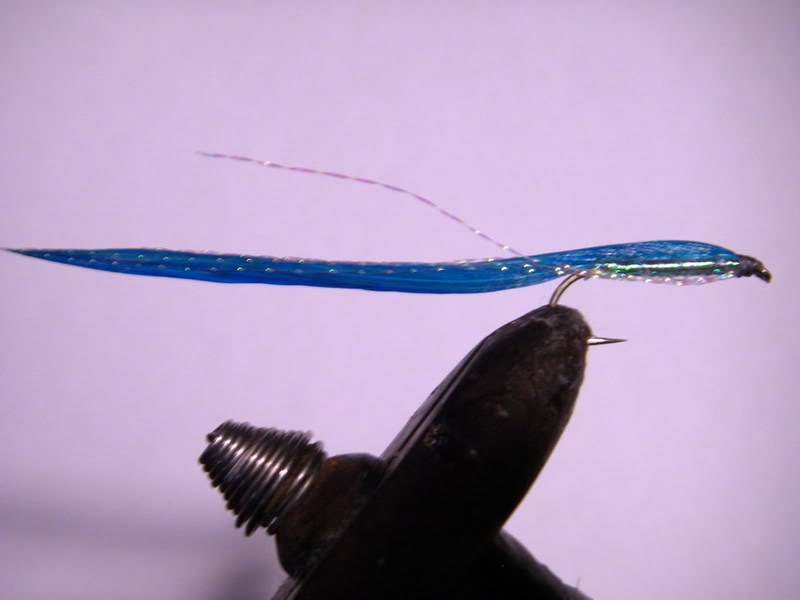 The Blue Lamprey - Try it.

The secret is to fish your flies as a team of two or three. I like to use a grey ghost or similar on the top dropper, my fish catching fly. In the middle I may put something colourful to help catch the fishs eye, and a weighted silver woolly bugger or similar on point, to sink myt eam and keep everything tight throughout my system.

A single fly retrieved through a shoal of  'bait can easily get lost amongst the crowd, but a team moving in unison, strip by strip will form more of a synchronised movement more likely to get noticed and nab that fish. Likewise, where whitebait will often travel directly with the current, you should cast and retrieve at an angle across the prevalent flow, to again stand out from the plethora of naturals.

A fast intermediate line will get you the few feet beneath the surface where you want to be and not wake the surface on a fast /erratic retrieve, and a di3 will hold you down there when the tides are pulling their hardest. However on days where trout are slashing intermittantly in the shallows you may opt for a longbelly floater, which can be picked up and dropped again rapidly at fish as they appear. 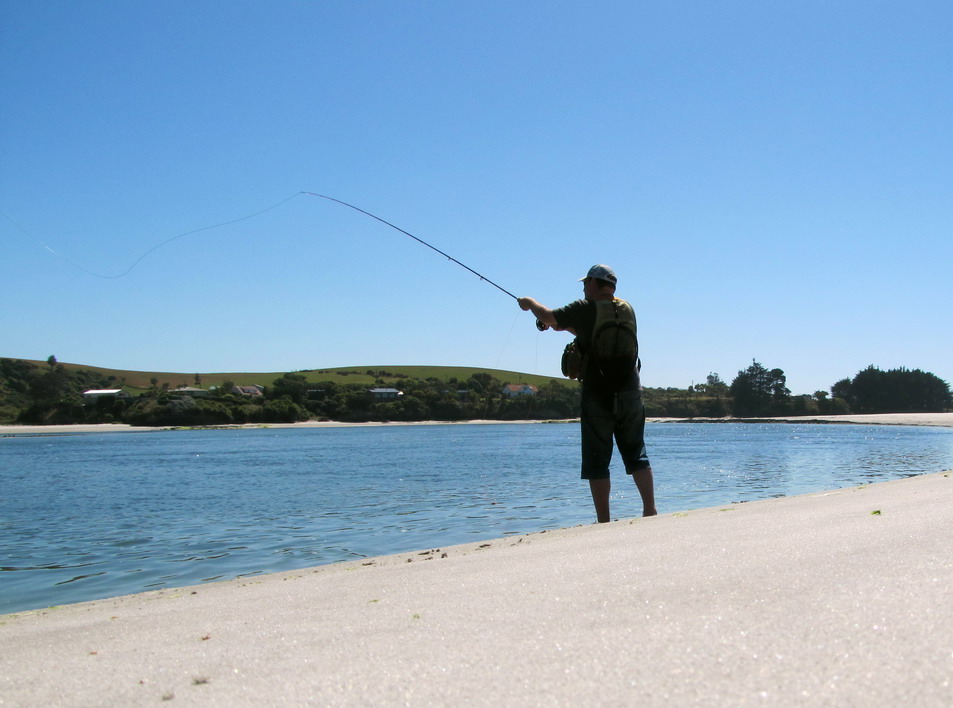 Switch rods make for great fun in the esturies, and allow you to cover a load of water.

Strong tippet is a must as the takes are often savage - 8 to 10lb fluro and always retrieve with the rod tip at a slight angle to the line, to better absorb the more aggressive strikes.

Try not to lift the rod 'dry fly style' on the strike:trout will often slash at a fly when in frenzy before returning to finish it off. High - rodding the strike will lift the line and fly from the water and thats all she wrote, kind sir if the fish has not grabbed it.

Instead, with the rod held low to minimise any slackline to the fly, 'strip - strike' : that is, a low, backwards pull of the rodtip coinciding with a solid strip with the line hand is all that is needed to set the hook. If you miss the strike, the fly races a meter away from the fish,an escaping prey, often inviting a more determined second attempt.

Another benefit of strip striking is a faster hookset. Picture this: you raise the rod tip and the fly doesnt move as you lift vertically, instead you create a curve of slack line which pretty much doesnt do a thing until the rod tip moves rearward and tightens on the fish. This is often quite some delay before the hook set and an agressivly feeding fish can easily spit the hook before the set.

Maintaining a low rod tip and striking away from the  fly, with a low rod tip whilst removing slack with the line hand results in an almost immediate contact, and a much faster strike, without removing your fly from the water.

Try this next time you are indicator nymphing a riffle. react with a low flick of the wrist and short strip whenever  your indicator falters. You will notice a decrease in missed strikes. 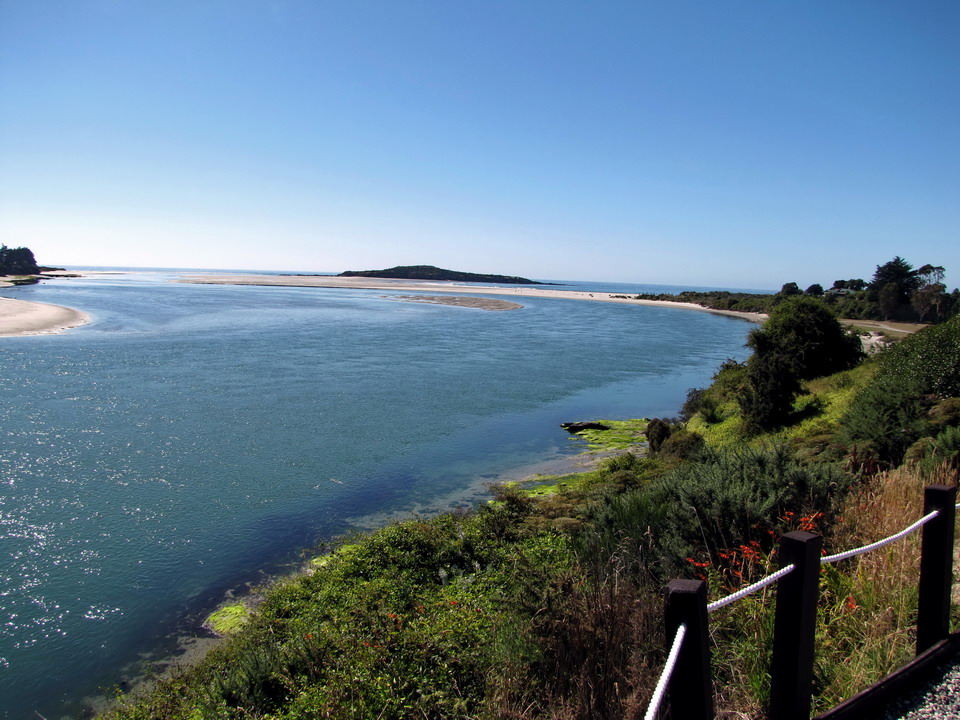 The Taieri Mouth. The fish I have caught here over the years...

Anyways, no secrets on where to fish - anywhere works. From the Waikouaiti  to the Taieri to the Clutha, Toko, Mataura and further south, where the whitebait run, trout will follow. Just be aware of whitebaiters plying their wares and give them a little space when wading.

6 weeks to go until opening day, but that by no means signals the start of the fishing!